On the atomic data for Cl III 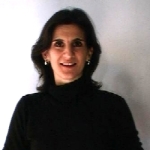 We present a comparison among some published transition probabilities and collision strengths for Cl III, which display large differences in the density diagnostics. Complete references are given below.

M83 is used by the photoionization code Cloudy (v. c10.0), KS86 by the IRAF package for the analysis of emission lines nebular (except for the 4-3 transition (2D5/2 – 2P1/2), which is not given in KS86 and is thus taken from M83; this combination is referred to as M83KS86 in a table further below). They are compared in this table and here for a quick glance:

There are differences of 10-20% in most transitions and especially large differences in A(2,1) (40%) and A(4,1) (250%). A(2,1) is particularly relevant since it directly influences density determinations.

The typical difference between M83 and KS86 is ~50%. There are no dramatic differences between BZ89 and RBK99. Some differences below 10,000 K, but generally less than 20%. RBK99 also give an account of such differences. BZ99 appear to be adequate, unless one wants to go to higher T.

The following is a comparison at T = 10,000 K (20,000 K) of the [Cl III] density predicted by nebular with different combinations of the input atomic data (“F” = calculation failed):

Summing up, it seems that the examined collision strengths are equivalent in the relevant range for nebular analysis (particularly BZ89 and RBK99), whereas the A-values make a large difference, especially at large densities. If you’re aware of any other dataset worth including in the comparison, please post a comment.

This entry was posted in Atomic data applications and tagged atomic data, chlorine. Bookmark the permalink.

1 Response to On the atomic data for Cl III